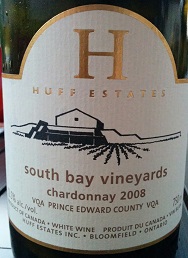 (June 24, 2016) ... it's a sparkling wine Friday and after the Lighthall 2011 Progressions and the Coyote's Run 2011 Sparkling Chardonnay we open a small slew of Chardonnays:

Huff Estates 2008 Southbay Chardonnay, at 8 years it's on the edge of where I like my aged Chardonnay: butterscotch and mushroom with banana skin, vanilla bean and spice; there's also good acidity and some baked peach cobbler on the finish, pretty impressive beginning to our first into "older" Chardonnay. (find original review here)

Ghost Pines 2010 Chardonnay, probably one of the best years for this California blended-from-a-variety-of-regions Chardonnay; it's gone mainly along the lines of delicate vanilla and white fruits, the acidity seems to be well balanced and because of that pairs very well with the salmon we had for dinner. 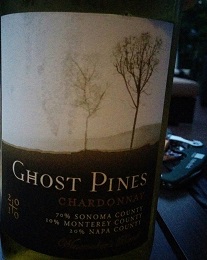 Rustenberg 2014 Chardonnay was the youngest of the chardonnay we opened tonight, because the review was so recent from when we drank the bottle I'll just link the review here.

For some reason we decided to end with one more bubble, this time it's a weird choice, Hinterland 2013 Borealis, something that some say should be consumed within a year, but I still have some in the cellar (I like to experiment). This wine is made from Gamay and has a nice bit of sparkle with some light balsamic and strawberry notes; they said it was not suppose age but it has stood up quite well; though I would drink it sooner than later. (find original review here)