On the Road with the Grape Guy is a on-going feature that follows me from event to event ... I post my thoughts, feelings and reviews of what happened and what I tasted ... basically it is here that I review the events I attend and the things that thrilled me. 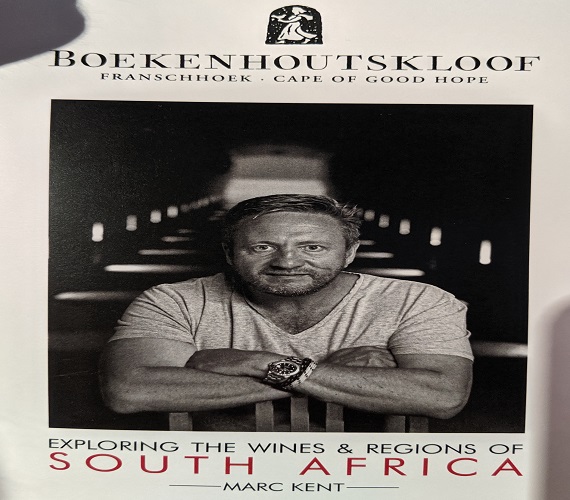 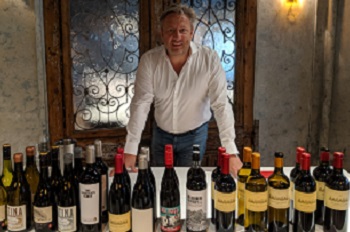 (October 2019) ... Marc Kent, Managing Partner & Technical Director of Boekenhoutskloof, addressed a small group of writers and sommeliers to introduce (or re-introduce) them to the wines of Boekenhoutskloof, a winery with a long name, a short history and yet wines you’ve most certainly seen on shelves (of the LCBO and other places), but may not immediately have had any indication that they came from this 7 million bottle (across all their properties) production house.

Marc welcomed us all by saying he loves when “like-minded people get together” to share wine, “we might never get rich, but we’ll have a god time being poor.”

We travelled through a range of South African wine appellations and introduced ourselves to the newest ( 2 years old ) : Cape Town appellation – the others are relatively known to oenophiles, Stellenbosch, Swartland and the tiniest of them Franschhoek (which makes up only 1% of national plantings). 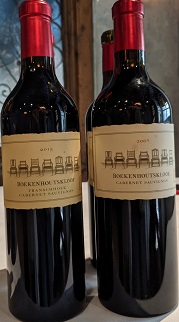 Here is a list of the wines I tried that impressed – 15 were poured, 11 were scored and full reviews can be linked through to by clicking on the wine name: 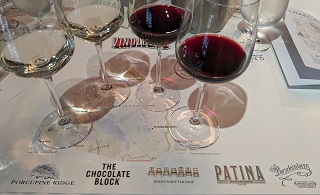 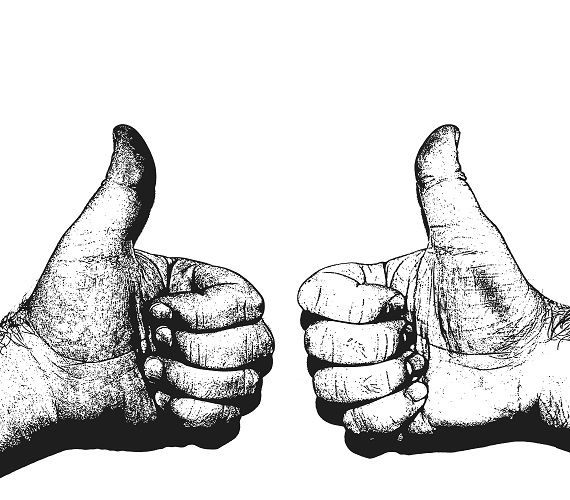 This month we launch our very first "Two Thumbs Up", an homage to film reviewers Gene Siskel and Roger Ebert, where we simplify the wine reviewing process to a couple of thumbs, or in some cases just one single thumb up, as a way of scoring wines ... you can listen to the accompanying podcast here - or read the notes below:

2018 Henry of Pelham Bin 106 Baco Noir - $29.95
THUMBS UP - André - I am firmly in the category of Baco Noir skeptic - that being said the Speck brothers know what they are doing. This delivers rich mexican vanilla caressing juicy blue fruit - a must have for Baco lovers, and lovers of Ontario Wine at large.
THUMBS UP - Michael - I’m even more skeptical than you are when it comes to Baco and I hate to encourage this grape being made into wine; that said I agree that the Speck boys do have a handle on it, it’s the other 90% of the stuff being made in Ontario that shouldn’t be.

2017 Thirty Bench Red - $24.95
THUMBS DOWN - A - There is nothing really wrong with this wine - but for twenty five dollars from Ontario, in this style, I was expecting more. Given that I have better places to put my twenty five bucks from Ontario I am going to do just that.
THUMBS UP - M - Wow, Mr. Curmudgeon, this is one of the better and more approachable Thirty Bench Reds that has come out in quite some time, and it will age for a number of years to come, I think anyone who buys it now will be even happier they did in 2025.

2017 Featherstone Joy Brut Rosé - $29.95
THUMBS UP - A - I am a big fan of Pinot Noir sparkling made traditional method with a short time on lees - it manages to preserve the freshness of the red fruit and mates it with the zippy acid you expect from a great bottle of sparkling.
THUMBS UP - M - But just barely, I know you’re a fan of this wine, as I am, but they have made such stellar version in the past that I find this one just passable, but not up to the calibre it has been.

2017 Le Clos Jordanne Le Grand Clos Chardonnay - $44.95
THUMBS UP - A - I first tasted this in July of 2018 - I have been fortunate enough to revisit this every few months since that first glimpse - the wine is drinking great right now but it’s exciting to see Le Clos Jordanne is back and this is only the beginning.
THUMBS DOWN - M - Not enough to give it a failing grade on my website but I was not as thrilled with this version as you are, but then again we all know for you if it says Chardonnay you are all over it … this just lacked the kind of finesse I expect for a $45 Chardonnay - it might come around but it’s not there yet.

2015 Hinterland Les Etoiles - $43.00
THUMBS UP - A - by far the most approachable Les Etoiles made to date - but I wouldn’t be in a hurry to guzzle any bottle you can get your hands on, thanks to a short crop there are very few of these bottles available.
THUMBS UP - M - Jonas sure knows what he is doing with his bubbly program and he never fails to impress with what he puts in the bottle - and while this one is more pricey than the Featherstone in comparison it delivers when compared to past versions of the wine.

Cave Spring Blanc de Blancs NV - $29.95
THUMBS UP - M - My thumb could not shoot up fast enough when we tasted this, easily one of the most under-rated bubbly in the province, and don’t let Cave Spring know it’s also under-priced, especially with your Champagne comparison … you’re not going to get any argument from me there, I just want to make sure I get a few bottles into my cellar before our review makes it sell out.
THUMBS UP - A - STOP TELLING WINERIES WHEN THEIR GOODS ARE UNDERPRICED - while it may be true - I don’t want the people at the winery to get any ideas, especially given that the quality in this bottle pushes into entry level Champagne quality easily.

2016 Louis M Martini Napa Cabernet Sauvignon - $39.95
THUMBS UP - M - What’s that word you keep using, “sessionable”, hell this Cali-Cab has all the ear-marks of that: juicy, red fruit, currants, black cherry, hints of vanilla - focused and well-balanced; I was impressed.
THUMBS UP - A - Sessionable is a great way to describe this wine - and given that I have been known to grab the odd bottle pushing north of fifty dollars I end up feeling guilty when I realize how quickly the wine disappears. I realize this is asking a lot for a mid week sipper - but if you want to see what the fuss is all about in Napa but haven’t wanted to make the investment in more expensive bottles start here.

2017 Ferox Rosé - $24.80
THUMBS UP - A - Bright confected fruit, and there is a bit of spritz to boot - this is easy drinking and a bit of bottled summer for the cold months to come.
THUMBS DOWN - M - Once again your love of Rosee gets in the way of reason, confected is a good word here, and the effervescent threw me off, sure it has some strawberry and floral notes and has a pretty pink grapefruit finish, but that fizz is a killer for me because I’m not sure it’s not a fault.