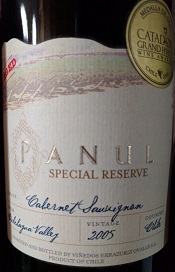 (March 18, 2017) ... An experimental red night with some stuff pulled out of the cellar for it's intrigue more than anything else:

Panul 2005 Special Reserve Cabernet Sauvignon - Chile ... This was middling wine, meaning I could take it or leave it: port-like in it's flavours with dried cherry and plum, hint of pruney-ness on the finish, while a little pop of mint gives it some charm.

Santa Rita 2010 Medalla Real Cabernet Sauvignon - Chile ... A little on the dusty side but still drinkable with that telltale mint Chile is known for plus some smoky, cedary notes and dried black fruits. 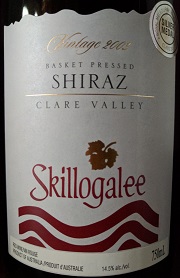 Skillogalee 2003 Basket Pressed Shiraz - Australia ... The oldest and best wine of the night, still had a freshness to it that made it fun to go back to: eucalyptus, spice, peppery, plumy, raspberry and red currant; the long finish was surprising and so was the amount of fruit it retained. Wow.